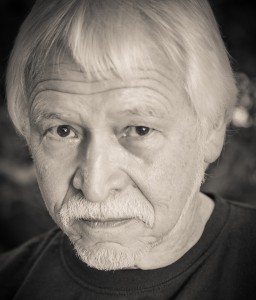 The Founder and President of Ultra Depth® International, was educated in Relaxology by the late Walter A. Sichort in Blackwood, New Jersey. When James first met Mr. Sichort he didn't have the slightest idea that he would be teaching this technology in other countries one-day. James' research in depths beyond somnambulism has led him to many discoveries in communication. However, in his need to help those experiencing trauma, led him on an incredible journey into a different understanding of who we are and where we come from, than what is traditionally accepted?

James an author and a international lecturer and educator, has been teaching Relaxology for nearly 40 years.  His studies with Mr. Sichort began in 1974 and continued through 1982. In May of 2012, James was presented with IACT's Innovative Hypnotherapeutic Technique of the Year Award for the Ultra Depth® Process. A lifetime member of the International Association of Counselors and Therapists (IACT) James is the President/Founder of Ultra Depth® International, the lead International Ultra Depth® Facilitator/Educator and a Hypno-Anesthesiologist.

James being the only person with the exclusive written permission from Mr. Sichort to use and teach Ultra Depth®, has worked extensively to develop a system which he could teach to others. His methods would enable them to help their clients to experience such things as increased self-healing time, true local and general anesthesia without suggestion and much more.  Now, years later with the system fully developed, James brings this remarkable system to serious learners worldwide through live ten-day trainings and his distant learning courses.

Today he enjoys traveling throughout the world, providing education in the Ultra Depth® Process.  James has been and is still conducting intensive research with the Sichort State and the other Ultra Depth® technologies.  He has also done extensive research in regression and has found that using the Ultra Depth® Process enables the client to experience a more profound regression than when using traditional techniques. This technique institutes true depth and facilitates greater effects upon the individual's consciousness.